On Tuesday (24th May 2016) Gus Ayres will be speaking and singing at Roe Cross Green (Cafe/Restaurant), Mottram at 7.30 pm. FREE ENTRY. Cakes and drinks can be bought at the venue.

Right click on the link below to open in a new tab and see the poster.

Palm Sunday saw the Jigsaw gang digging in sand for artefacts as junior archeologists! It was great fun learning about the real archeologists that are proving the Bible to be historically and geographically accurate. We also created a mobile for Easter covering the story of Jesus’ entry into Jerusalem, the Passover celebration Jesus shared with his disciples, the crucifixion and THE RESURRECTION!!! Yay! 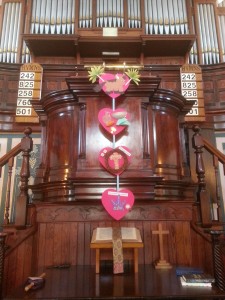 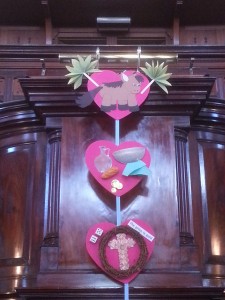 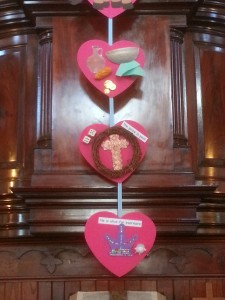 The children will be taking part and there will be flowers for all the ladies.

Stay for cakes and tea!

We look forward to seeing you there.

We will let you know the details of our Mother’s Day service on Sunday March 6th at 10.30 am as soon as they are confirmed. Keep an eye out for more!

The church enjoyed this incredible nativity scene this Christmas. Absolutely amazing. Thanks to all those who contributed. Special thanks to Bob, Philip and Norman. Click to see more.

Come and join us at Top Chapel on Sunday 13th December at 10.30 am for our Family Service – The Star Maker. All ages welcome. Refreshments afterwards. Both our church children’s group ‘Jigsaw’ and adults from the congregation are involved in the play. BRING TORCHES if you have them and add to the mayhem. Look forward to seeing you all. 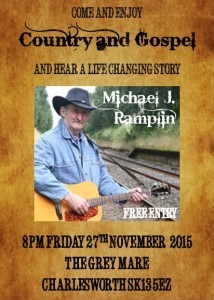 Michael J Ramplin has sung with George Hamilton the Third in Nashville. 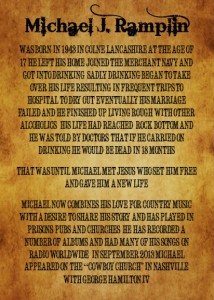 Michael J Ramplin is a country gospel singer who was inspired by the life and music of Johnny Cash. His personal story is inspirational in itself as he shares about how he overcame addiction.

At the age of 17 he left his home and joined the Merchant Navy. “I used to drink a lot in those days but wherever I went in the world there would be country music playing on the jukeboxes. If there was a microphone in the bar, I usually got up to sing.”

However Michael’s drinking began to take over his life resulting in frequent trips to hospital to “dry out”. Eventually his marriage failed and he finished up living “rough” with other alcoholics where his life reached “Rock Bottom”, and was told by doctors that if he carried on drinking he would be dead in 18 months.

Come and hear the whole story. See you there.